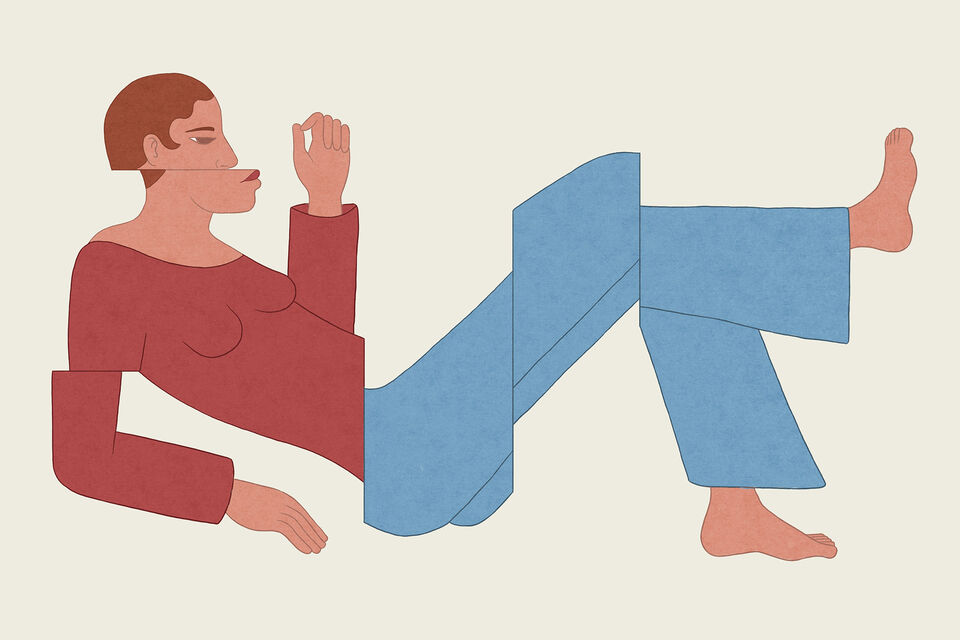 Recently, an engineer at Google hit the news claiming that his company's artificial intelligence chatbot had become self-aware and that we need to start an ethical discussion about the personhood of machines. His company disagreed and quickly terminated his employment. Actually, there is a debate about whether a brain without a body can ever be conscious: "disembodied cognition" as they call it. Many say that without sensation — heat, cold, pain, smell — we can't have meaning, and without meaning, we can't be truly conscious. Maybe one day we'll know. What's not in doubt is that a conscious being requires a mind: a body alone isn't enough.

What is a mind? What happens when something in it breaks, or just works differently than in most people? Our stories this month — from Uruguay, Argentina, Mexico and Colombia — tell of how we survive when our cognition or memory fails us, and how we can thrive with a brain that understands the world in an unusual way.

Dos notas is the story of Colombian musician Álvaro Rodríguez. After years of dead-end jobs and countless setbacks, he is at the peak of his career as saxophonist and musical director on a popular talk show on national TV. One evening in 2010, at a recording of the show, he counts off the band's opening song — 5, 4, 3, 2, 1! — y la primera nota hizo "pufff." No music, just the sound of air coming out of his instrument. The problem wasn't his saxophone. Playing music is fundamental to who Álvaro is, what he does — and he now faces a long and difficult journey, not knowing if he'll ever play music again.

Perhaps there is nothing of us less reliable than memory, and it's memory more than anything that gives us identity. We think of it as an issue for the elderly, but Yo ya estuve aquí and La mutación paisa are two stories dealing with memory loss in younger people.

Yo ya estuve aquí begins on a hot summer day in Buenos Aires. Lucía Milone is at home with her family when, with no apparent cause, she collapses on the floor. When she comes to, she doesn't recognize her house, or her husband, or her two young children — in fact every memory from her last ten years has been wiped clean away. In that moment, all she wants is to go back to her mother and father porque para mí esta era una casa desconocida. How can someone, in an instant, forget the very people they love the most?

This same question has guided Colombian neurologist Francisco Lopera, our protagonist in La mutación paisa, and his lifetime of research into Alzheimer's, the disease that devastated his own grandmother, leaving her unable to recognize her own children. In 1984 his research takes a turn when he meets a man suffering from early-onset Alzheimer's: very early — he's just 47 years old. This patient is a farmer from a town near Medellín, and it turns out there are others like him in the region and even in his own family. Obsessed with this mystery, Francisco and his colleague Lucía Madrigal discover "the paisa mutation" — paisa, derived from paisanos (countrymen), is a name used for the people of Antioquia, the department (think "state") of which Medellín is the capital. Could this be the key to curing this pernicious disease?

The story title El sabor de las palabras is not a metaphor. When Aemilia Sámano hears or sees the word taxi she tastes — literally tastes! — a ham pizza that her father used to buy her: tenía unos trozos (chunks) de jamón muy grandes. The number "three", on the other hand, is fusilli pasta con tal vez un poco de mantequilla, o sea como casi sin… sin salsa. About 4% of people have synesthesia in some form, a condition in which senses combine and interfere, for example when musical notes have a literal color. Aemilia’s type of synesthesia — sensing flavors every time she hears, reads, or thinks of a word — is much less common. One night in February 2021, during pandemic lockdown, Aemilia asks her friend — Radio Ambulante producer Victoria Estrada — to help her investigate this mystery of her brain.

Our last story — a listener favorite — 240 aves is also about an uncommon way of understanding the world through the senses. Juan Pablo Culasso was born blind and with oído absoluto (perfect pitch) — a term typically used for musicians who can identify note-pitch by ear. For Juan Palbo, however, his whole acoustic world is mapped to do-re-mi. A stone falling into water may be a C-sharp or an E-flat. The Uruguay of his childhood offered little accommodation or educational support for blind children, but, with the persistence and resolve of his parents, he found teachers who helped him discover his gift, who taught him to identify birds — hundreds of birds — just from their birdsong.

Which brings us to Lupa, and our mission to unlock the mysteries of spoken sound and how we improve our listening in Spanish. There is much still unknown about how we acquire language, but we do know that listening to stories like these — unsimplified and authentic — is essential preparation for living with Spanish in the real world.

240 aves is a popular episode among Radio Ambulante listeners, and it’s easy to see why. Everyone loves an underdog, and Juan Pablo’s perseverance in the face of multiple obstacles resonates with something in us all. Juan Pablo, in possession of a remarkable auditory talent, is determined to forge his own life path. His dream is to make a living by bringing others into his rich world of sound.

But while the story centers around Juan Pablo’s incredible sonic landscapes, it also touches on a number of themes, including discrimination against the blind and equality in access to education, that provide perfect fuel for thought-provoking classroom discussion. Our Activity Guide delves into these themes, helping your students get the most out of this multi-layered episode.