La vida bajo la dictadura: Struggles in the wake of the Cold War 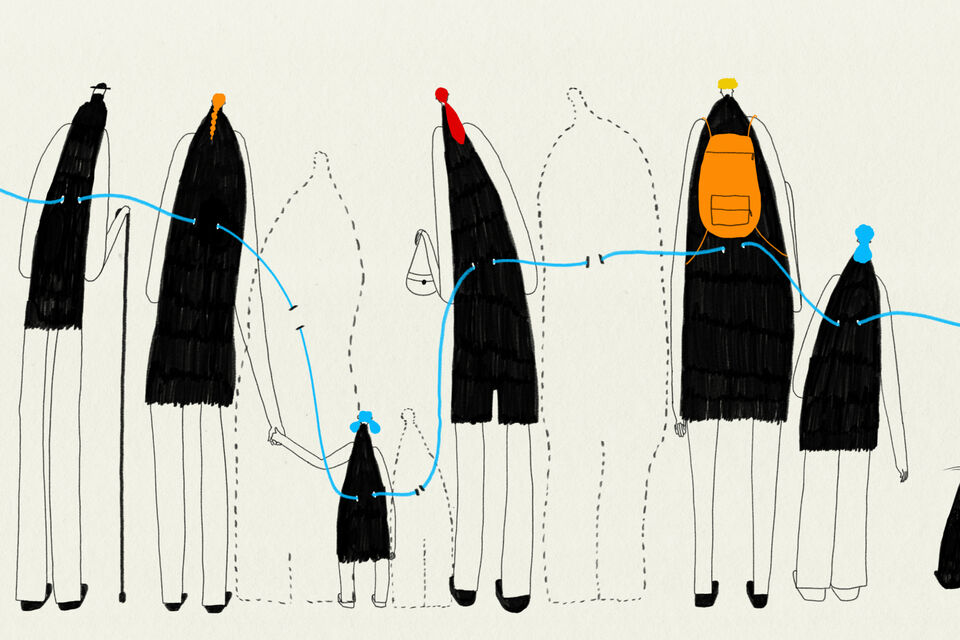 Our five stories all begin in the 1970s or early ‘80s, in countries under right-wing military dictatorship in Chile, Argentina, and Guatemala, and end years or decades later, often long after the regimes themselves. These dictatorships were artifacts of the Cold War, a half-century long (1949–1989) ideological clash between the United States and the Soviet Union and their allies. The bodycount — tens of millions died, with many more displaced — was less from national armies facing off in traditional theaters of war, and more from the ravages of civil war. The Cold War was fought by proxy, with the two superpowers fomenting revolution and violent oppression, setting right against left within nations. The repercussions were profound in many countries in Latin America, especially the three where our stories take place.

This history is important context: all these stories describe lives pulled into the undercurrents of geopolitics, and tossed about on the violent waves created by vicious state apparatuses. And, fair warning, some scenes do more than just touch upon the captivity and cruel treatment of political activists and ordinary people. It's sobering and instructive for those of us who've never lived in a terror state. But our protagonists aren't mere avatars of oppression: each has something to tell us about ourselves, as their narratives illuminate facets of the human condition. These stories are truly cinematic.

The episode El equipo fantasma would be a dark satire, but for the fact that it really happened. The title describes an absurdity: a soccer match played by the Chilean national team at the Estadio Nacional in Santiago — the deciding game to qualify for the 1974 World Cup — against an opponent that wasn't there. The Soviet government wouldn't send their team into a stadium they described as "machado de sangre" (bloodstained), which served as a concentration camp for political prisoners of the newly-installed regime of General Augusto Pinochet. Carlos Caszely, one of the star players, calls the whole thing a farce: fue un ridículo a nivel mundial. The strange soccer match has an eerie parallel to a symbolic act of protest at the time, la cueca sola, where a woman performs the national dance with an invisible partner, representing a loved one who has been "disappeared" by the regime. Then there is a cameo from Pinochet himself — a cartoonish figure, in cape and sunglasses — when Caszely, in the heat of the moment, decides to take a stand against the general.

Los cassettes del exilio is a listener favorite, also from Chile. Producer Dennis Maxwell discovers twenty cassette tapes (Gen Zers, you can Google this) with handwritten labels in an old storage box. They are audio letters to young Dennis and his brother and mother from his father, living in Paris in exile from the Pinochet regime. The story is a nostalgic journey, remembering a father who tried to insulate his children from a harsh world, taking them on adventures of the imagination as a fictional abuelo. As Dennis unpacks his childhood memories, he comes to understand how his parents grew apart during the forced separation, and the practical need to move forward and build a new life regardless of where circumstances have thrown you.

La búsqueda is a story with two arcs that connect 40 years after they start. We're now in Tucumán, Argentina. Mario grew up in a loving family, but over time he notices things — like strange visitors at his house taking an undue interest in his well being — that suggest there is something more to his story, something his parents aren't telling him. He also knows he's not supposed to ask. He won't completely uncover this silent secret until well into adulthood. Sara's side of the story is more harrowing. In 1975, as a nineteen-year-old mother of two girls, she is taken by police, arbitrarily, and kept under brutal captivity for a year and a half. She is released only after the birth of a child, a product of rape by one of her captors, a child she never even sees. As Sara rebuilds her life, she wants only to forget the horror of her imprisonment and anything related to it. For both Mario and Sara, it's only with the help and guidance of others, that they overcome their past and discover a profound connection.

Víctor Basterra is El fotógrafo. His story plays out like an espionage thriller. In the late ‘70s, during the dictatorship of General Jorge Rafael Videla in Argentina, he was held captive and tortured as a political prisoner at a secret prison in Buenos Aires. After several months, Víctor is ordered to work for his captors as a photographer, helping them falsify documents on stolen cars and other black market activities. For the next three years, until his release, Víctor plays dumb and keeps his head down, all the while secretly gathering and hiding away evidence that he'll eventually use to exact revenge on his persecutors.

Finally, Hasta encontrarlo, a story from Guatemala, is about living with a crushing survivor's guilt and the long path to reclaiming emotional freedom. It is 1981, and 21-year-old Emma Molina Theissen is detained for nine days of interrogation and torture at a military base. She is a member of the Guatemalan Labor Party (PGT), a leftist group inspired by the communist revolution in Cuba, and an enemy of the state under President Lucas García. After a desperate and daring escape, she makes it back to her family, exhilarated at surviving hell and outsmarting the enemy — "como vencer a la propia muerte" (like cheating death itself). Her captors however, in an act of vindictiveness, have visited her mother's house and abducted Marco Antonio, Emma's 14-year-old brother and an innocent in this political war. It is a while before Emma's family will even tell her about the abduction, scared of how she might respond. But then started the search for Marco Antonio, and over the months, years and eventually decades of fruitless investigation, a veil of silence descends over the family: "era muy rara vez que podíamos hablar de eso." It will be a full 37 years before Emma can unburden herself in front of her tormentors in a court of justice. Marco Antonia Molina Theissen is one of 42,000 recorded deaths and disappearances in Guatemala between 1981-83.

Set in the Cold War era of dictators and militaristic regimes, El equipo fantasma offers a chance for students to understand some important history, connected to the language and cultures they are learning. For the Activity Guide, however, we find that the universal and cross cultural themes from the story resonate and engage the class more effectively.

Some questions we explore are: How, if at all, should sport and politics coexist? Should athletes use their fame to support or condemn political activities or social issues? How do we remember sad and difficult events in our country's history without reliving them? Are monuments effective for recalling the past? How do we engage others in the process of never forgetting something they themselves might not have experienced? Try out this Activity Guide and give us your feedback.