Lazos familiares: The complex world of our closest relationships 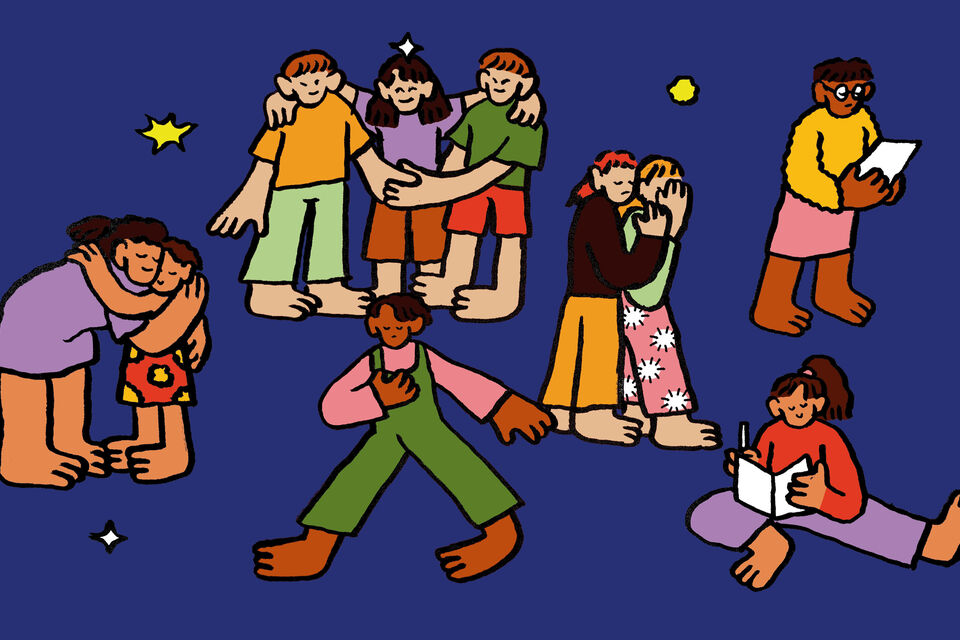 Spanish and English share a saying: la ropa sucia se lava en casa ("don't air your dirty laundry in public"). Nonetheless, this month we have stories of Latin American families from Argentina, Mexico, Colombia and the U.S. who open the doors to their asuntos familiares. To paraphrase Tolstoy, unhappy families are varied and complicated, but deep wounds can heal, burned bridges rebuilt, and sins can be forgiven. And (by the way, Leo) happy families aren't all the same: they have stories to tell too.

Una carta para mamá tells of the attempted reconciliation of a mother and daughter in Argentina. Carla flees her childhood home after suffering emotional and physical abuse at the hands of her mother Jaquelina. Two years pass without contact, but as Carla confronts personal struggles of her own, she finds herself thinking about her mother and the family ties that frayed under stressful circumstances. Carla sends her mother an email and takes a first step toward forgiveness.

Hermanas is about a different type of separation and reunion. Fernanda and Andrea are from Guanajuato, Mexico. Following their parents’ divorce, their father moves to the U.S, and the sisters often visit him in Tucson, Arizona, where Fernanda becomes enamored with American culture. At fourteen she decides to join him there. Many years later Fernanda and Andrea sit down to reflect on their time apart. Their conversation reveals a shared loneliness that transcended the distance separating them.

Eduardo Bechara is a successful writer and musician from Argentina. A different Eduardo Bechara is a successful writer from Colombia. And the two Eduardos look virtually identical. So starts El otro, el mismo — with a case of mistaken identity. But these men's lives were intertwined before they even met. And when a father develops a deep fondness for the doppelgänger of their actual son, what does it tell us about the true nature of family?

Postal de San Francisco has two stories from San Francisco, California, a city considered by many to be the cultural epicenter of the gay community. In the early 1980’s, Deldelp Medina and her family move from Barranquilla, Colombia to San Francisco’s Castro district. There she discovers a vibrant culture like the one she knew back home. But when a mysterious disease begins to spread in Castro’s gay community, the atmosphere of the community changes from festive to fearful. A central question to our other story is how much change can a marriage endure. Can Yadira open her mind and heart to Lucía, the woman that Javier — the man Yadira married — has become?

Yo, nena brings us back to Argentina and a transgender girl who, at four years old, demanded to be called her by her chosen name, Luana, rather than her given name. When Luana’s mother attempts to change the name on her daughter's government-issued ID card the ensuing battle grips the country and fundamentally shifts the public discourse on transgender rights.

As you explore these stories, listen out for Argentinian voseo, tune your ear to the characteristic costeño accent of Colombia’s Caribbean coast, and notice the English words hidden in Mexican Spanish.

El otro, el mismo is one of my favorite Radio Ambulante stories to use in the classroom, so I was delighted to be asked to create a Lupa Activity Guide to accompany it. I love this story for the conversations it generates around the idea of doppelgängers, and I've discovered it also creates a space to talk about what we consider "family" to mean. The word can refer to those with whom we are biologically connected, or, as happens in this episode, we can expand its definition to include chosen family members, the people we trust and love regardless of their DNA. I hope your students enjoy the activities in this guide as much as mine!