Hombre vs. naturaleza: Can one survive the other? 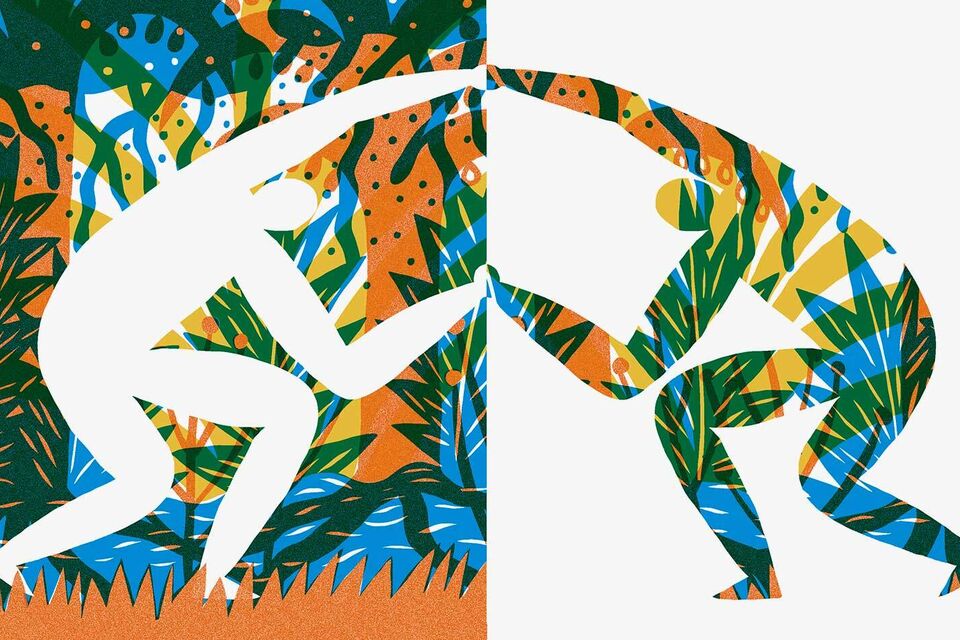 About 30 years ago, "reality TV" was born, and with it the subgenre of survival TV. Naked and Afraid, Alone, Get Out Alive: the names say it all. We watch these shows on very unnatural devices in climate-controlled rooms, our lives cosseted with labor-saving and comfort-affording technologies. Maybe that's exactly why we seek this kind of entertainment: we fantasize that maybe we could survive, say, in a jungle, facing down brutal nature with just our wits... and a camera crew.

If you like survival shows, you can't miss El náufrago — the first story in this collection. Salvador Alvarenga has worked his whole life as a fisherman on the Pacific coast, first in his native El Salvador and now as a master shark hunter in a small Mexican town. He fishes for three days at a time, from over 100 miles offshore, where the catch is better. He likes it out there. Until one fateful day in November 2012, he sets out with another fisherman, and seemingly vanishes in a storm. He appears 438 days later "peludo, desnudo, y con un cuchillo" (hairy, naked, and holding a knife) — and alone — on a tiny island in the vast ocean between Hawaii and Australia. Alvarenga's account of what happened in between, while lost at sea, is breathtaking. It's not for the faint of heart.

While Alvarenga's castaway experience is singular, the fraught journey of Yoandra and her family through the Darién Gap in Panama — "la selva (jungle) más hostil que tiene el planeta Tierra" — has been tramped by thousands. And this trek is just one leg of La ruta larga. It's 2014: Yoandra, her brother, and her four-year-old son are fleeing economic hardship in Cuba to seek asylum in the U.S. They first fly to Ecuador, and then attempt to travel by any means possible through Colombia, Central America, and Mexico. Many Cubans choose land over sea to get to the States, and it's tough to say which is more dangerous. The more you can fly, the better, but when some flights happen only once a month, or bandits steal your money, you may be forced to slog through some very inhospitable terrain, "[lleno de] serpientes venenosas, arañas, tigrillos (tiger cats), jaguares, [y] cocodrilos..." Against all this, you have your wits and determination and, if you're lucky, the kindness of a stranger.

If these two stories warn us of the folly of facing the natural world unprepared, maybe we also need a reminder not to thoughtlessly trample our long-term habitat in the pursuit of short-term comforts. The theme image above, courtesy of Argentinian illustrator Sabina Álvarez Schürmann, captures the idea that the world lives within us: we are of the environment, not apart from it — so when we mistreat it, we just sabotage ourselves.

Fortunately, there are those with the ingenuity and determination to restore things we've broken. Marino Morikawa grew up in the coastal wetlands north of Lima, Peru, known as El Cascajo — also the title of our third story. He remembers his childhood with his family: "Íbamos al humedal (wetland), nos metíamos, nos bañábamos... había una biodiversidad inmensa, hartas aves (full of birds)." Now, returning as an adult and environmental scientist, Morikawa stares with disbelief at the results of 30 years of neglect and unfettered urban development. What was originally 280 hectares (700 acres) is now less than a fifth of that size. Huge areas of El Cascajo are covered with garbage piled fifteen feet high, and the rest of it is overrun by an invasive plant that is starving the ecosystem of oxygen. "Ya no había aves ni peces... y era un olor (smell) nauseabundo". How Morikawa managed to revive this area — starting with his own physical labor and personal savings — is a tale of grit, leadership, and smart politicking.

In En el delta, the last story of this collection, journalist Gilda Di Carli investigates two incompatible narratives surrounding the recent decades of property development in the wetlands of the Tigre Delta, near Buenos Aires, Argentina. The developers and their municipal allies say they have transformed a "porquería de lugar" (filthy place) — a swamp where "no se puede caminar... no se puede andar con un [4x4] vehículo... no se puede navegar (go by boat)" — into luxury settlements that have pretensions of being the next Miami, or Venice. In contrast, representatives of the local communities that live on the delta itself, outside of the gated estates, are watching the destruction of a fertile and beautiful ecosystem, and their way of life. They tell stories of extreme hardship: frequent floods that force the families to scramble and get their furniture, mattresses, and children to higher ground; and parasite epidemics caused by the lack of sanitation infrastructure. Meanwhile the city, captured by the interests of the wealthy, does next to nothing to help. But ultimately if the ecosystem collapses, doesn't everybody lose?

As always, we hope that these stories will provide food for thought, while you expand your understanding of Latin America and Spanish as it's really spoken.

El náufrago is a story of ingenuity and tenacity in the face of unfathomable adversity, of a man tested to his very limits against the relentless force of nature. In the activity guide for this episode, I invite students and teachers to reflect on their own physical and mental resources that help them navigate challenging situations. While Salvador's story is extraordinary — who else could survive 438 days on the open sea, in a precarious boat, eating raw fish, turtles, and birds? — it opens the door to exploring our capacity for resilience in the midst of forces greater than ourselves.

Fátima is a writer, professor, cultural producer, and PhD candidate in Latin American Cultural Studies at the Graduate Center (CUNY). She holds an MFA in Creative Writing in Spanish from New York University.