¿Comprendes, Mendes? The twists and turns of language 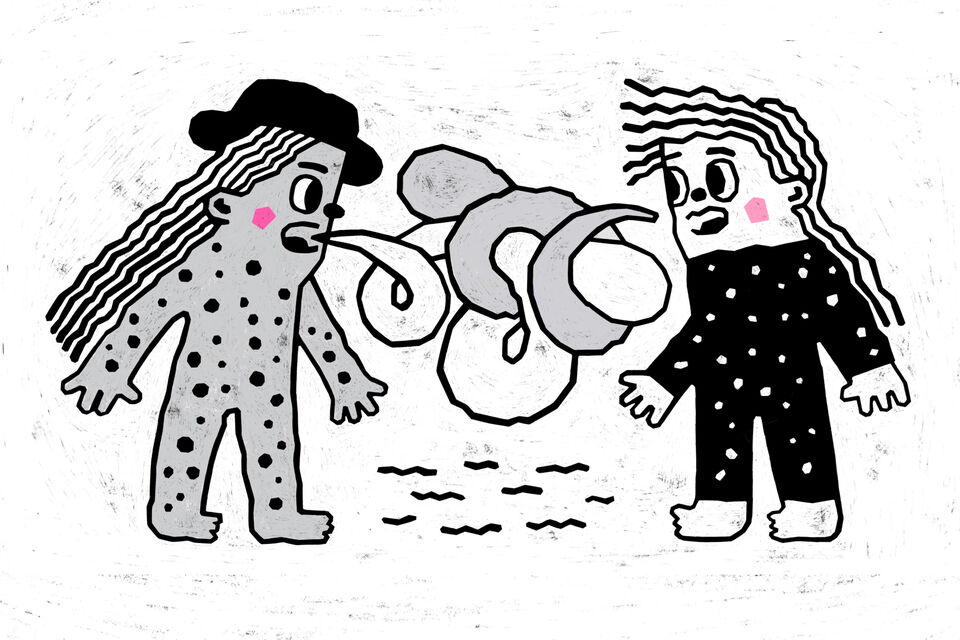 Paul McCartney, the legendary Beatle, says that his songs turn out differently depending on the instrument he composes with: "Guitar is interesting... you cuddle it. You hold it to you, and you play. That gives you a certain kind of feeling. With piano, you almost push it away. It’s just two different attitudes."

Novelists like Nabokov and Beckett, who wrote in different languages, say the same thing: French, English, Russian — the choice of medium influences the story and its characters. Maybe you've experienced a "personality change" yourself when code switching. Each vernacular is an instrument that resonates the culture within it. Real language is never context-free. You love Lupa exactly because our stories preserve the natural grain and texture of every flavor of real-world spoken Spanish.

But just as you rarely hear Debussy performed on ukulele, or a banjo in a klezmer band, a language can struggle in an unexpected habitat. This collection of four stories explores how languages behave — and misbehave — with each other and with us.

Our friends at Radio Ambulante pay homage to the diversity of español with Escuchadme, terráqueos. In this episode, Daniel Alarcón uncovers his relationship with his mother tongue as a Peruvian-American. After many years away from Peru, Alarcón speaks a blundering Spanish and talks como un viejito ("like an old man"). He decides to live in Lima for a year and there discovers an unexpected book that reflects what it means to tener el dominio del español formal ("have command of formal Spanish") in Latin America.

Micah, the protagonist of En busca de las palabras, has no trouble speaking Spanish, but it's only through English, his second language, that he finds a way to express his non-binary identity: ...en vez de decir el verbo, "estoy cansado" o "cansada", decía "estoy muy tired." Moving to the U.S. frees him from the binary of feminine and masculine words, but he still has a bureaucratic maze ahead of him if he wants the system to acknowledge him as he is.

Jhon Gutiérrez is the only sign language interpreter at the Colombian Prosecutor’s Office, where he serves one of Colombia’s most vulnerable communities. Deaf Colombians have vastly differing levels of sign language proficiency, and El único intérprete shines a light on Jhon’s journey to help guarantee their linguistic rights in the justice system.

Argentinian Juan Pablo Sáez Gil introduces himself as a palindromaníaco recuperado ("recovering palindromaniac”) in Arroz a la zorra. As a child, Juan Pablo became consumed with finding phrases that could be read from both left to right and from right to left, but as he takes on his most ambitious project yet, palindromes start taking a toll on his mental health and his social circles. Colapsó mi cerebro (“My brain collapsed”), he remembers, when talking about the peak of his obsession.

In Escuchadme, terráqueos, Daniel Alarcón shares his journey learning Spanish from his Peruvian immigrant family in the United States. Daniel faces challenges with formal and informal Spanish — both when talking to his relatives and when working as a journalist in Peru. As he tries to improve his language skills in Lima, Daniel realizes that for the multiple indigenous communities living in Peru, mastering Spanish is a requirement to access valuable opportunities. This guide focuses on developing conversational, writing, and listening comprehension skills while addressing the themes of bilingualism, growing up between two cultures, and the challenges of keeping languages alive.