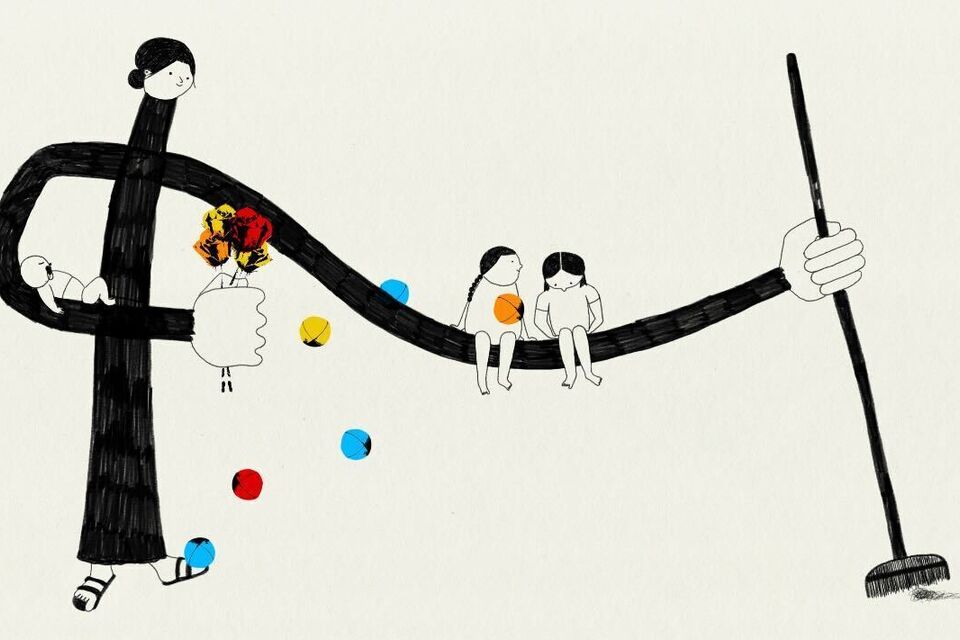 It’s likely you haven’t heard the word rebusque before, but it’s a concept ingrained in Latin America’s culture. When you’re there, you’ll see it everywhere: in the street vendor who jumps on the bus with a tray full of sweets; in the father who prepares arepas at 3 a.m. to sell on a corner; and in la vendedora de rosas who knocks on your car window when you’re stopped at the light. In a land of scarce opportunities, el rebusque is using creativity to make ends meet.

This month, our editors have chosen their favorite Radio Ambulante stories about rebuscadores, and they are now available on the app. When learning about el rebusque on Lupa you’ll meet people like Mauricio, who went from sweeping garage floors in Los Angeles to hosting a successful TV show (Tunéame la nave); Olmedo, a pioneer of New York subway performances (El mago); and Alejandro, who took the bold spirit of el rebusque from the streets into the virtual world of Second Life (Wara). You’ll also hear the story of a mother who set up a clown show with her eight year old son (El show debe continuar), and the voices of Mexican seasonal workers who found an alternative to field labor in U.S. county fairs (Por la feria). If you have never heard a coyote talking about their job, we recommend you to listen to Carlos’ experience (El coyote).

Going forward, each month we’ll pick a uniquely Latin American theme and present several related stories that will take you on a fascinating cultural journey while studying Spanish. This is our first theme; we hope you enjoy it!

We also provide resources for those teaching Spanish. To better explore el rebusque in the classroom, we created activity guides to accompany two of the stories featured in this episode series: El coyote and El show debe continuar. The guides are structured to provide pre-, during, and post-listening activities for your students.

“I have taught both El coyote and El show debe continuar in my intermediate-level language class and my students enjoyed them both. El show is a great episode to use at the beginning of a term as it talks about being new, fitting in, and also not giving up in the face of adversity.

El coyote is also a great listen, especially if you are talking about migration from Latin America to the US. Students enjoy this episode because it is just one voice—that of the coyote—as he explains his work and why he considers it beneficial… a perspective that we often do not hear when discussing border crossings.”